Ms. Stanton is a senior homeowner in Baltimore City who lives with her son and grandchild. In January 2021, Ms. Stanton reached out to Civic Works to report that her furnace was malfunctioning. When Civic Works Energy Programs inspected Ms. Stanton’s unit, they found two problems. The first was that her furnace was experiencing a flame rollout: the controlled combustion was no longer working and fire was visibly “leaking” out of the unit. The second compounded problem was that the combustion safety valve had been bypassed, which meant that her furnace was not automatically shutting off in response to the flame rollout. Combined, Ms. Stanton was in very real danger of having a fire break out in her home, overheating her furnace and causing an explosion, or being exposed to a dangerous level of accumulated carbon monoxide.

Civic Works responded to this emergency immediately. In order to ensure her family’s safety, Civic Works was forced to cut off her main gas line. Unfortunately, this meant that Ms. Stanton had no heat while her furnace was being replaced. To address this, Civic Works provided Ms. Stanton with three space heaters to ensure she could stay warm during the service period. Moreover, Civic Works’ installers also worked over the weekend to replace her furnace in order to minimize the time she was in the house with no heat. “I really appreciate Civic Works and everyone else involved for what they did,” Ms. Stanton said. “[Civic Works] really stepped up and didn’t leave me hanging. Every time I called they answered and really worked with me.”

In addition to providing Ms. Stanton with a new furnace with an 95% energy efficiency rate at no-cost, Civic Works has also provided Ms. Stanton with a smart thermostat and addressed several other health and safety repairs in the home. These repairs include installing PVC flues to the rear of the house, replacing her condensation pump, replacing the pump to the laundry sink, and installing a carbon monoxide/smoke detector alarm. Civic Works also provided Ms. Stanton with free LED lightbulbs, one faucet aerator, one smart power strip, and mastic duct sealing for increased insulation.

Ms. Stanton had only positive things to say about her experience, despite the discomfort she experienced when her heat was cut off. “Thank god for Civic Works for saving my life and everyone else’s on the block,” she laughed. “And thank god they replaced the furnace just in time—the snow came the very next day.” Since receiving energy efficiency services, Ms. Stanton has reported that her house is much warmer, while her gas and electricity bills have drastically fallen, allowing her to spend her finances in other areas. 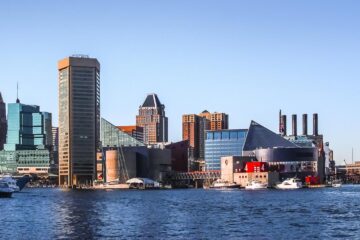 Ms. Murray and her husband are senior homeowners who have been part of Baltimore City’s Edmondson community for over forty years. During that time, the family has had to deal with constant drafts, severe temperature Read more… 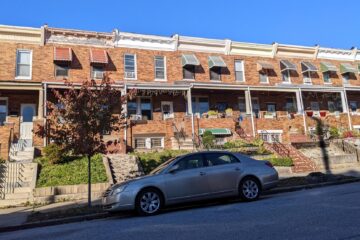 Mr. Thompson lives in Baltimore City with his family. In December of 2020, Ms. Thompson noticed that his boiler was no longer working. Without heat, he and his family had to keep themselves warm in Read more… 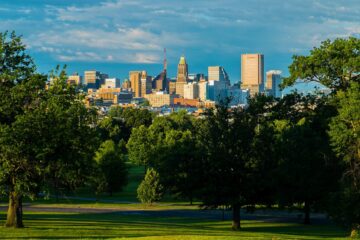 Ms. Bryant is a senior homeowner in Baltimore City’s Belair-Edison neighborhood. Her arthritis began bothering her in November 2020 as the weather turned colder, and when she went to manually turn on her furnace, she Read more…

Civic Works is looking for a